This review is especially helpful for those who have or use the following: Walking Aid, Wheelchair

I stayed in this hotel on my recent trip to the Naidex disability show. We chose it as it was the closest one to the NEC with just a 5min walk between the two (5mins from door to door maybe, we were in hall 6 which was another 10min walk inside). It was a little pricier than I would normally want but not having to negotiate Birmingham roads at rush hour each day was a massive positive. Two electric doors welcomed you into the reception area where the receptionist (he was nice enough) ushered me round to the lowered counter. Thought the checkin process he was very attentive and spoke to me (not my dad) the whole time without being awkward. Our twin room was on the ground floor, however it was through three doors and none of them were electric. Dad tried to pin them open as they had magnets on them but they didn't work. A bit of an inconvenience as it meant I couldn't get to the room unaided. I had asked for an accessible room, it was a quirky L shaped design which worked for me as I can walk a little, but if you needed to transfer from your wheelchair to the bed it could be a little tight. Not the best bed I've ever slept in, it was more like a rock, the pillow was weirdly hard as well. i definitely didn't sleep well. The ensuite wet room was really nice and spacious. Loads of handrails but missing a shower curtain so water literally went everywhere . The shower was nicely powerful, though missing a wee shelf to put all your stuff on. In the bar/restaurant there was loads of space. One of the exhibitors was staying so at one point there was 5 wheelchairs in the restaurant without any problem.

Onsite carpark with 5 accessible bays near the front door. This was a major plus as many of the hotels I looked at in Birmingham relied on you parking in a public carpark.

Everything had level access, electric doors at the entrance and three lifts. I took half a point off as the doors to the rooms were impossible for me to open.

The ensuite was everything I needed. Toilet was nice and high, plenty of space to manoeuvre and warm.

They were nice, ranged from meh at reception to vivacious and chirpy in the restaurant.

Good selection of tea & coffee which is a god send when you've just driven for 6hrs. They even had a tresemme hair dryer and it wasn't stuck to the wall! 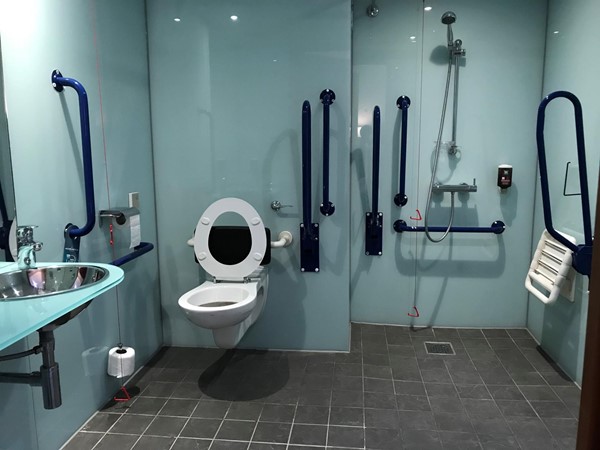 1 user has visited this place because of this review 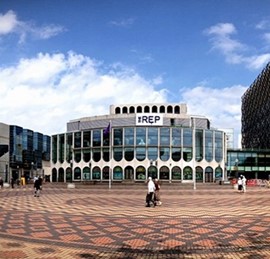 RT @MobilooUK: Thank you to @EuansGuide for featuring @Mobiloo on their list of '16 Unforgettable Changing Places Toilets' 😃 Find out who e…
Have you been to an accessible park or shop lately? You can tell people about your experience by leaving a review o… https://t.co/3xAfzZGMr0