This review is especially helpful for those who have or use the following: Walking Aid, Wheelchair

The museum is upstairs above shops but there is lift access and once up there it is all on the level. Enough space to get around in a wheelchair but in many areas not to pass another wheelchair user.

The museum website says there is limited parking outside the museum , we didn't see any and I was under the impression that the road it's on is pedestrianised anyway. There are blue badge parking spaces fairly close by on Bridge Street, which is where we parked.There are bus stops on Bridge Street. The pavement on Henley Street (where the museum is) is a decent width but there are cafe tables and signs out making it single file for wheelchair users and there is a kerb rather than it being level with the road.

There is a slight lip over the entrance which it took 2 or 3 attempts for me to get Dad over in his wheelchair on the way in, coming out wasn't a problem. There is a lift which takes one person and a wheelchair user fairly comfortably and you come out the opposite side that you go in so you don't have to come out backwards or anything. There is enough space to get around but if you want to look at some some of the exhibits face on in a wheelchair it can be a bit tight although there is extra space at the bottom where the feet would be. A lot of the exhibits have buttons to press to get them to move and these were all at the right height for Dad. A few other exhibits require movement such as moving in front of it or clapping your hands. It can be quite noisy and at times it was difficult to hear what members of our group were saying.

It was a good size accessible toilet with handrails. The toilet was against one wall (can't remember which). The toilet doubles up as the baby change but this wasn't a problem during our visit, Dad didn't have to queue either time that he used the toilet on our visit.

The staff were friendly and helpful.

It took us about an hour and a half to get around, on their website they reckon it takes 1-2 hours to get around and we're normally a lot slower than museums expect. It would be better if the baby change wasn't in the accessible toilet and if they could sort the lip out by the entrance. Also the space between some of the exhibits could be wider. We were a group of four adults and there were other groups of adults there as well, it suits any age group and 2 our party aren't big fans of museums but found this interesting.

We've had 1 review for The MAD Museum 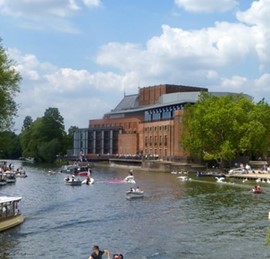