We were delighted to attend the Blue Badge Access Awards at the Langham Hotel in London last night. It was a pleasure to celebrate people, venues and organisations that go out of their way to make everyone feel welcome!

In case you missed it, here are the winners and the shortlist from each of the award categories:

Image of the exterior of Cottage in the Dales

It’s not surprising that the cottages came out as the public’s favourite, they have received glowing reviews on Euan’s Guide! One reviewer commented that “The standard and quality of this cottage is outstanding! Every base has been covered... From wheelchairs to hearing loops and so many more too numerous to list… The hosts really do go the extra mile to make sure their guests stay is as carefree and happy as possible.” Read reviews for Cottage in the Dales >>

The aquarium has a number of 5-star reviews on Euan’s Guide. They have their own Changing Places toilet as well as other facilities making the building very accessible. They also regularly hold accessible events in the form of ‘Quiet Days’ and ‘Tranquil Tuesdays’. One reviewer said that “it's a fantastic day out with such a variety of things to see and interact with.” Read reviews for The Deep >>

Shortlisted for this award were Watford FC, Canvas & Campfires, Attitude is Everything, and Step Change Studios.

Images of the Cottage in the Dales, The Deep and The Three Chimneys being presented their awards

Barclays, BBC, M Restaurants, The Hoxby Collective, and Rapport Guest Services were all shortlisted in this category.

About the Award Ceremony

It was a fun filled night with Blue Badge Style's Fiona Jarvis and Broadcaster Mik Scarlet giving out the awards. Comedian Laurence Clark had the audience in stitches and the clothes looked great on the fashion show. We really enjoyed meeting and catching up with friends old and new over a glass of wine and tasty canapes.

Blue Badge Style's Fiona Jarvis said: “As founder of Blue Badge Style & co-founder of the BBAAs I and my team were surprised and pleased by the reaction of the audience last night. There was a real buzz and excitement in the room not just from the awards but also the inclusive fashion show by Samanta Bullock. There was also a willingness from venues to improve their access and feeling of surprise when they realised how important stylish, well equipped, accessible toilets are to people who are disabled! Something people take for granted if they’re able bodied.”

Photographs from the inclusive fashion show by Samanta Bullock

A massive congratulations from Euan’s Guide to all of the winners and for everyone who made it onto the shortlist! Lots of the places featured above have already listed their access information on Euan’s Guide and it was great to see them rewarded for their accessibility.

The Blue Badge Access Awards are designed to celebrate thoughtful and stylish inclusive design across the world. We were pleased to support this year’s awards. As a charity, we want to make it easier for disabled people to find great places to go and these awards celebrate places doing exactly that! 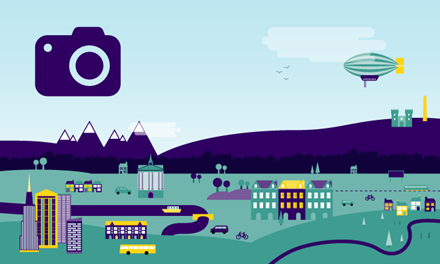 This months Focus on the Forum blog post is now live on the Euan's Guide website! Why not go and check it out and… https://t.co/LFhlYOOZSb
Euan's Guide is a disabled access review site where you can find and search for reviews rating the accessibility of… https://t.co/eu5IUipjbF