While in Leith gathering inspiration for his next big storyline, crime-writer Ian Rankin joined us for a chat at Euan’s Guide HQ where we shared with him all things review and disabled access related. Now, Ian shares with us his experiences of disabled access with his son everywhere from music festivals, to cruise ships and theme parks, right back to the streets of Edinburgh; the city that for Rebus, is just ‘a crime scene waiting to happen’ (hopefully not too near Euan's Guide HQ!)

My son Kit celebrated his twenty-first birthday in July. We wanted him to have a party, so began the search for a venue in Edinburgh that could accommodate a dozen or more dancers. Fairly straightforward, except that these dancers would be in wheelchairs, so would be accompanied by carers who’d need plenty of space to push, pull and spin the chairs while the ceilidh music played.

Kit has always used a wheelchair. He’s unable to operate one by himself, and most of the young adults he knows are in a similar situation. We struck lucky with the Columcille Centre - not far from where Kit lives, wheelchair-accessible, and with a nice big dance-floor and an adjacent café area. The party was a resounding success, though had that particular venue been unavailable we’d have been left scratching our heads. This is often the case when you’re the parent of a wheelchair-user. You learn (often by trial and error) which bars, restaurants and cafes are accessible. You think long and hard about what sort of holiday might be best, which cinemas and shops are user-friendly, which walking routes are feasible without inducing a hernia or heart attack in the person pushing the chair. Recently, an initiative in North Berwick began providing buggies and wheelchairs which could be used on the local beach. In place of standard wheels, there are rubber spheres - an ingenious but really simple solution to a huge problem. 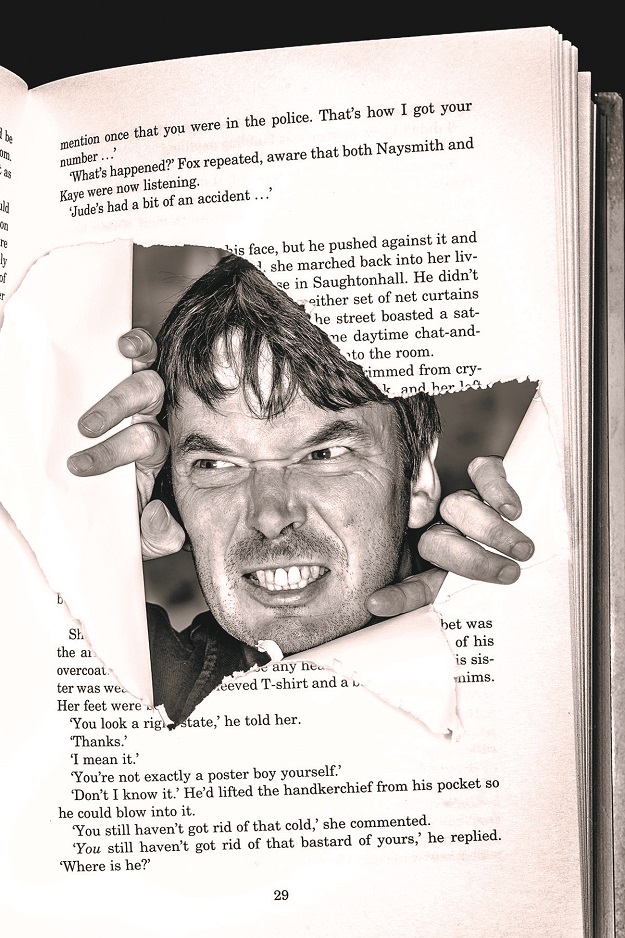 Edinburgh, of course, presents particular issues to the wheelchair user. The pavements can be narrow and the steep inclines problematic. Besides which, quite a few of the buildings are listed, meaning they don’t (or can’t) provide amenities such as ramps or lift access. Outside Edinburgh, I’ve seen us book disabled-access hotel rooms…which happened to be up a short but difficult flights of stairs, or at the end of a corridor hampered by several sets of fire-doors. One time we took a summer cruise. The disabled bedrooms had already sold, so we took a chance on an ordinary room, only to find that Kit’s wheelchair didn’t fit through the doorway. He had to be decanted in the corridor and left to crawl into his room. But hey, we managed. And a cruise was a pretty good holiday, apart from the few stopovers where passengers reached the mainland by tender (near-impossible in a wheelchair), or, in the case of Venice, where we took fright at the idea of trying to manoeuvre Kit over so many bridges.

On the other hand, thanks to the volunteers at Disability Snowsport (and other organisations), Kit has been skiing, both on the dry slope at Hillend and on the mountains around Aviemore. He’s gone horse-riding thanks to Riding for the Disabled, and he’s been taken around the car park at Touch Base in Glasgow on a motorbike. He seldom seems to have a care in the world - it’s his family who do the fretting. How much space is there between the tables in the restaurant we’re going to? (Kit has the reach of an octopus and your food is his food, whether he knows you or not.) Are the disabled changing facilities up to scratch? (This is a grown man we’re talking about - an infant changing-table doesn’t cut it.) Do we dare to risk a Lothian bus?

Recently, Kit was invited to Ireland with his brother so they could act as godfathers at a christening. The ferry from Cairnryan had no lifts, so we had to push Kit up several of the car-decks. Then, at journey’s end, we had to wait until all the other vehicles had disembarked, as there wasn’t enough room between them to wheel Kit’s chair back to our own van. Positioning the van next to the door to the passenger seating area would have been a solution, but that wasn’t how the crew worked. Everything was worth the effort though - Kit had a great time at the christening, and we took him to a theme park called Tayto Park (near Drogheda) where even the vast roller-coaster was wheelchair-accessible…

When a lesson is learned, you pass it along to other families. You ask them which vans are best, which facilities have disabled parking, which brands of wheelchair have tyres that aren’t going to be dislodged as you manhandle chair and passenger off and back on to the unforgiving Edinburgh pavements. Holiday ideas are exchanged. If some amenity suddenly becomes viable because ramps have been introduced, word gets around. Thanks to Euan’s Guide, I learned that Edinburgh Castle has a vehicle that can ferry wheelchairs around various sections of that particular attraction - not something I’ve ever heard trumpeted, yet an absolute necessity for wheelchair-users.

And so it goes. We live and learn, and Kit goes on enjoying life to the full. He was in Princes Street Gardens in August to enjoy a rock concert, and he’s even been to T In The Park and Party at the Palace. His carers at Forward Vision seem dauntless - more power to them! And having alerted them to Euan’s Guide, maybe further adventures await Kit. If and when they do, I’ll be happy to report back…

You can read Ian's endorsement of Euan's Guide here.

With thanks to Chris Close for this photo of Ian Rankin.

This week's #TBT takes us to St David's Hall, user earthsoul said: "This is my second time at St David’s Hall and I… https://t.co/hkt7hqCLKo
From tomorrow in Scotland it will be mandatory to wear a face covering in shops. Have you seen any other covid prec… https://t.co/MSNsCCjNLp