With the world’s biggest arts festival right on our doorstep, we’ve been working hard with Edinburgh Festival Fringe staff to help them achieve their vision of becoming the ‘most inclusive open-access arts festival in the world’ – and we’ve had lots of fun so far! Led by our Access and Inclusion Director and Disabled Access Day founder, Paul Ralph and his colleague Ian Martin, “Just Ask” is a unique Disability Equality Workshop tailor made for Fringe staff and volunteers. The rest of the Euan’s Guide team have been going along to take part and to give an insider’s view of what’s involved! 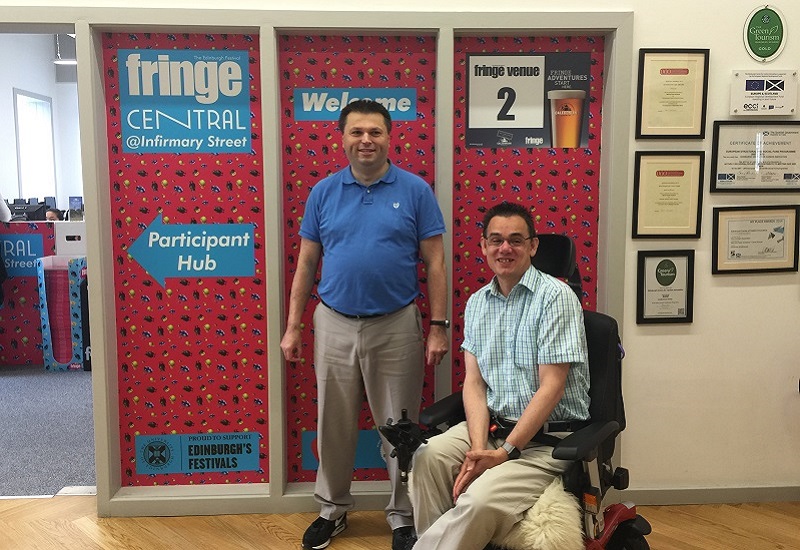 Nestled in the colourful new Fringe Central building, a group of around fifty Fringe Box Office staff were gathered in front of a screen which read “Just Ask.” Just ask what? Well, that’s what Paul and Ian were going to answer by the end of this exciting new Disability Equality Workshop.

Introducing themselves and informing the participants that they were a powerchair user and a visually impaired person, Paul and Ian wanted first of all to know what attracted everyone in the room to the Fringe. The answers were unsurprising: it’s the biggest arts festival in the world, there’s so much going on, it’s amazing to see how many people support it in Edinburgh…But another good reason which may not have occurred to many, are the efforts made by the Edinburgh Festival Fringe each year to ensure that access and inclusion is better than ever for every single festival-goer. 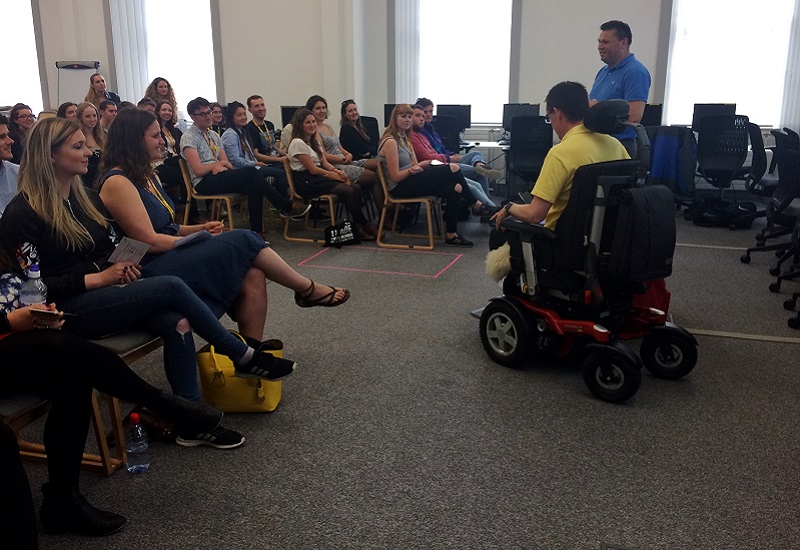 A variety of interactive discussions, presentations, videos and activities made up the event – including a handy session giving advice for managing ‘those not quite sure moments’ that Box Office staff might encounter in August. Paul and Ian then dedicated the second half of the workshop to a simulation of a day at the Fringe. This covered in depth how different people might go about buying tickets for Fringe performances, the key note being that what works for one person might not work for others. The best way to get it right is to just ask!

The Edinburgh Festival Fringe has multiple channels for people to browse and buy tickets including: their printed programme, the website, the Fringe app (perfect for being spontaneous!), the Box Office with its new accessible counter, and crucially, their Access Line. Paul and Ian explained how an Access Line is not just one thing – instead it can open up routes such as phonecalls, email or texting for festival-goers looking for access information or to book tickets. 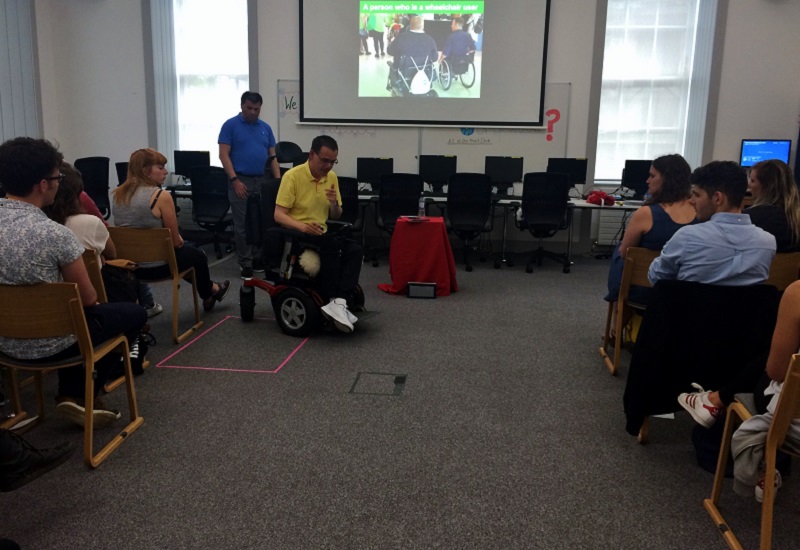 With the tickets bought, Paul announced that the lights would be dimmed ever so slightly as the participants entered a theatre environment. Demonstrations ensued covering everything from where wheelchair users might like to sit, and why it is usually different from where many people expect; how dimmed lighting can make access trickier for visually impaired people; and how turning away while you’re speaking to a hearing impaired person can lead to miscommunication and misunderstanding.

The entire workshop was made even more special by the fact that it was a relaxed performance. If anybody in the room was uncertain about what such a thing was, they wouldn’t be by the end of the event! Participants were told the lights would stay up and they wouldn’t be plunged into darkness, and everyone was welcome to talk and move around, while nobody was obliged to take part in something they didn’t want to.

"The workshop is a fantastic opportunity to gain an insight into the customer service that should be offered to disabled people – through candid and at times humorous dialogue, Paul and Ian inform the audience about what they can do to aid accessibility." - Workshop participant, July 2016.

Are you visiting the Fringe this year?

If you’re writing reviews of Fringe venues this year, don’t forget to share a little about how helpful staff have been. If a member of staff helped to make your festival experience a truly memorable one, a little bit of feedback will let them know they’re doing something well! Write a review >>

RT @Paul_J_Ralph: Loving all the ideas for things to listen to, watch or do over on the new Euan's Guide Forum - take a look at https://t.c…
Not sure what to do today? Have you tried video calling your friends or practicing a bit of yoga? 🤳🧘 Browse more su… https://t.co/QFYcOFkFuZ