Karis is sharing with us experiences herself and her family have faced when they are out and talks about how we all have to still be considerate of other peoples space as coronavirus is still out there.

I live in Inverness where the Covid rate has been relatively low compared to everywhere else.  When I go outside for fresh air, the majority of people I come across are lovely, accommodating and helpful but there are always those people who make up their own rules and put the rest of us at risk.  By not following the rules, it forces people like me who are shielding into dangerous situations; this causes a division in that it enforces the idea that you’re ‘one of us’ or ‘one of them’ and if you can’t hack it, you should stay in.

Most cyclists and joggers are considerate and responsible but there are quite a lot who just don’t care about anyone else on the pavement.  I have a power chair and I use a portable ventilator so it’s easily apparent that I’m a bit vulnerable but that doesn’t stop cyclists and joggers flying towards me on narrow pavements without any lowered kerbs.  This forces me to reverse and find a lowered kerb so that I can then go onto the road with the cars as this is safer than squeezing past the cyclists or joggers who don’t want to break their stride; it’s obvious from their speed that they’re not going to stop and pull into the side for me to pass them or allow me the time to find somewhere to pull into the side for them to pass.

Sometimes I’m unable to get onto the road and I just have to stop and endure the exposure.  Apart from the fact that this puts me in unnecessary danger (along with others like me such as older people, or people undergoing medical treatments) it reinforces the idea that some people are more expendable than others and that they don’t have the right to go out in the same way that everybody else does.

It’s not just me at risk though; my father has to get shopping for me and is constantly having to ask people to distance from him; on one occasion, a stranger put their hand on my dad’s shoulder and reached over his head to grab something from a shelf.  When my dad asked him what he thought he was doing, he was growled at and told he was being ‘over-dramatic’.  I know that people don’t realise that he’s coming home to me, a shielder, but that doesn’t excuse the assumption that he is non-shielding so it doesn’t matter if they get too close.

My dad also went shopping yesterday to a well-known department store and had to leave as people were no longer social distancing or using the hand gel as much as they were before.  One of the staff there told him that it was so bad the day before, she had had to walk out of the shop; another had told him previously that she’d given up telling people to follow the rules as she was just given verbal abuse.  This mentality that ‘we’re all okay now’ is quite frightening and I feel that another lockdown is going to be inevitable, particularly with the new strains of Covid and everyone moving around the country again.

I’ve been sworn at and nearly been in collisions with cyclists, joggers and pedestrians and on one occasion a cyclist stopped after flying past me and nearly crashing into me.  When my P.A. challenged him for not distancing and coming too close to me, the cyclist told me that I should be grateful he had now stopped for me; he then challenged me to go past him again in that narrow space.   I understand that to some people I’m just someone who gets in their way but it’s much easier for them to move out of my path than it is for me to move out of theirs and what about all the obstacles that they place in my path that I have to negotiate such as possible coronavirus infection and their ignorance?

It's been great to hear Karis's views and hear that she is getting out a little more. This is part of our Voices of Covid blog series, where disabled people share their stories and raise awareness of topics that are important to them. Please contact us if you would like to take part or find out more. 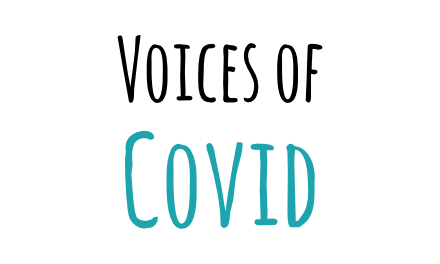 Thank you for expressing what so many of us are experiencing. Although I was never told to shield as an autistic person with cerebral palsy (CP) I am frustrated and often near meltdown when I go out feeling safer only to meet a poor behavior in a place that I have carefully evaluated for risk. In a local library a senior staff member actually asked me, ''doesn't the think mask bother you'' (answer: not half as much as an oxygen mask would if I even got one! On a number of occasions, it has only been once I have got home that I have felt safe to vent to my carer about the people flouting covid safety rules. It is staff and people who should know better upset me the most.

Thank you for sharing your experiences with us

RT @RobertsonTrust: Could your organisation benefit from hosting a Robertson Scholar this Summer? We are once again looking for hosts for…
Enjoy a "cosy" pub lunch after getting some sea air at the Portobello Prom. The Guild of Foresters is a "great loca… https://t.co/ydXnC9Z9ib