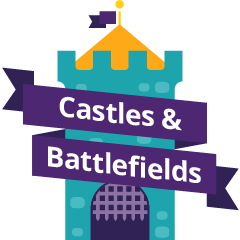 Amidst the fluttering flags of battle

Culloden Battlefield is large open space and can be very weather dependent. The splashes of summer rain added to the atmosphere of our visit. After all there probably weren’t many umbrellas deployed in battle! It felt quite rural being driven along the lanes to get to the battlefield but then that was part of the adventure. Once on site it was fairly easily to work out the layout and what to head for.

Being quite remote it is best to use your own transport to get there. If you do want to go by public transport there is a busy service running out of Inverness that will take you to the site. If you come by car then heading in to the car park there are loads of yellow lined accessible parking bays handily close to the entrance.

The visitor centre is at the end of a path from the car park. The entrance is cleverly tucked away around a ninety degree corner; just follow the pathway. Probably designed to avoid the wind and rain on a more dreich day. The entrance is a wall of glass but having automatic doors you quickly see where to go. Heading inside the space is large and cave like. I did find the lighting in places to be a bit dull but soon cottoned on to the idea of just follow the crowds! Getting tickets and sorting out the best way around was soon resolved at the ticket desk. The staff were quick to describe what was on offer and the order in which to see things. Very quickly, once I said I was visually impaired, an audio guide was produced and the staff showed me the buttons and described how it worked. With guide in hand I was all set to explore. The exhibition was first and was set out so you followed the line of cabinets, pictures and displays, following the audio guide as you went. Part way round you had the option to pop into the theatre space and watch the film expand on the story of Culloden. The lighting around the exhibits at times was the brightest but that probably to preserve the exhibits. Getting toward the end of the exhibition you come in to a large more open space and there are doors to go out in to the battlefield. Once outside on the battlefield it was a little easier in so far as there were two lines of troops. These lines were depicted by the fluttering flags of the English and Scottish armies. The paths were clearly defined and easy to follow. Every so often there were plaques describing things, stones marking clan graves, and other features.

The toilets weren’t perhaps the easiest to find and the signage for the accessible toilets a bit confusing. Only by going in to the main toilets did you work out the accessible loos were actually inside the main loos.

The staff here were very helpful and particular attentive in describing what there was to see, which way to head for, and the use of the audio guide. Very welcoming and friendly folk!

Although set over a large area the battlefield was easier to navigate than expected. You could follow the paths as there was a good contrast between them and the heather and moorland of the battlefield. 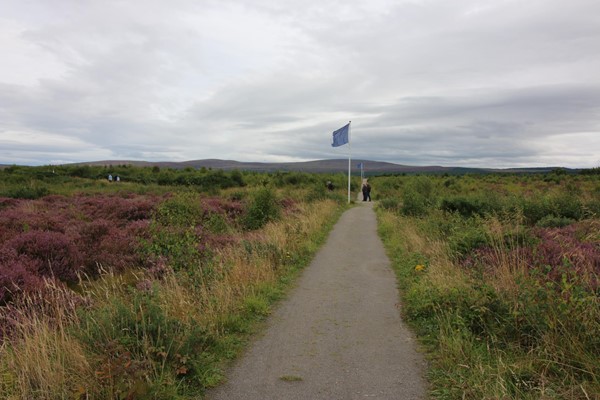 Find out more about what's happening on the forum with the latest focus on the forum blog: https://t.co/0YZZGAeVfj
💬 Spread the word. Sharing our tweets is a great way to let more people know that they can find and share disabled… https://t.co/sEpN6D22H9