The building is accessible. The function room is only partly accessible.

Don't know. I got a taxi and was dropped off at the back of the building.

The building itself is accessible. My problem is with the function room.

I can't fault this. It was spotless and had plenty of room for a carer.

The only member of staff I interacted with was the barman and he was lovely.

I went to see Colin Blunstone in the function room. I had thought this room was fully accessible. I also arrived 5 minutes before doors were due to open. The promoter had had to let people in early as a large queue had built up outside. Only the upper level was accessible and there were steps down to the main area. I can walk short distances and I found seats but the venue was already quite full. There were tables on the upper level the entire length of the room which made the space between them and the bar very narrow. I had to negotiate this to get to the toilet. Most of these tables were occupied. There were more tables in the bar area but they were very close together and I knew there would be a lot of people standing near the bar so I didn't want to sit there. The ceiling is low and the room was packed with many people standing or sitting on steps near the fire door. It was very noisy as a result and I felt quite ill. Luckily I had been alerted to this and had brought earplugs for me and my friend. She has cataracts and found it difficult to see because of the low lighting, even before the band started playing. Neither one of us felt safe. If you are determine to go here I recommend contacting the promoter in advance to reserve a table.

We've had 1 review for The Earl Haig Club 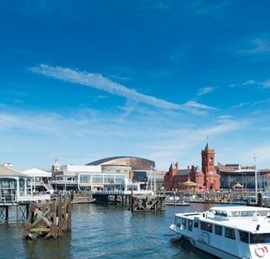