Welcoming artists and audiences from around the world, Edinburgh Festival Fringe, the world’s largest arts festival, returns to Scotland's capital city this weekend! From 3rd to 27th August 2018, there will be thousands of shows happening around Edinburgh, including relaxed, signed and captioned performances. Here are a few of our top picks at this year’s Fringe!

Family fun can be found at the Better Together show. The performance includes colourful clowns with acrobatics, tumbling, and slapstick. Better Together was founded in response to reports by Childline that children are suffering from unhappiness and loneliness, linked to the use of social media and devices. There’s a relaxed performance on 14th August.

If you want a performance which is witty, funny, and current, check out South Bend. It’s a tale of love and of hope, of a small country and a vast one, and of a good Samaritan and a relationship which has gone bad.

Popular with the Euan’s Guide team, Foil, Arms and Hog is celebrating ten years at the Edinburgh Festival Fringe with their show, Craicling! The Irish comedy set has been described as ‘a sensation’ and is taking place in Underbelly at Bristo Square. An audio described performance will take place on August 21st at 9pm.

The Zoo Co production tells the comedic tale of three Greek sirens who become washed up on Hastings beach. But there’s a twist – they still have the siren curse, with any man hearing their voices dying instantly! It’s a BSL inclusive narrative, and the performances are fully captioned and relaxed. The venue has wheelchair access.

If you enjoy classic comedy, why not check out Speechless? Like silent film comedies, or Mr Bean for a contemporary example, the performance has no speech on stage. Instead physicality, projections and voiceovers are used to create comedy.

Comrie Saville-Ferguson, the creator of Speechless, was inspired to create the show when a stroke rendered his mum temporarily speechless. They’ve worked with the Relaxed Theatre Company in Cambridge, and the relaxed performances will take place on the 8th, 15th and 22nd August designed for access for neurodiverse and disabled people.

Helicon Storytelling Presents: The Battle of Frogs and Mice

Helicon Storytelling’s debut show is coming to the Fringe! They aim to retell the stories of the Ancient World to a varied audience. It's a children's performance storytelling show in the style of Ancient Greek epics like the ‘Iliad’ and ‘Odyssey’. Each of their shows are relaxed, and a plot synopsis is provided.

More about the Fringe 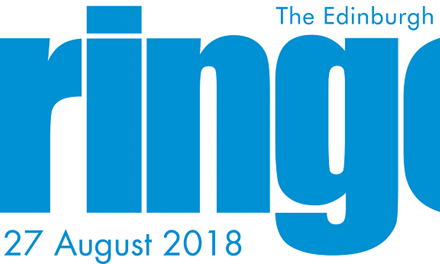 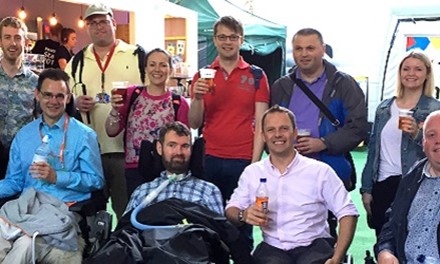 What are you up to this weekend? If you are looking for online events taking place this weekend you can find some s… https://t.co/XzqBq8o2G2
Thanks to everyone who has got involved so far. In total we’ve sent out well over 60,000 Red Cord Cards! Campaigns… https://t.co/ucWTyTxXUT