For our Ambassador interview today, I am catching up with Karis who is our Euan’s Guide Ambassador for Inverness. Karis shares with us a lot interesting facts about herself and her process when reviewing someplace.

How did you find out about Euan’s Guide and how long have you been an ambassador?

I first found out about Euan’s Guide when attending a Muscular Dystrophy Trailblazer’s meeting in Kelvingrove Museum in Glasgow and I met fellow Ambassador Ryan MacDonald; I think it was 2017.

What review would you say is your most favourite that you have written?

I’ve loved doing the reviews I’ve done when travelling most of all; I’ve also loved the concert reviews and I’ve had to travel to all of them. I’ve loved doing ‘21 Pilots’ in Manchester, the ‘Rolling Stones’ in Edinburgh, ‘Macklemore’ in Glasgow and I really loved reviewing Paris Lollapalooza which was the first really big festival I’d been able to go to. The Bauhaus exhibition in Poitiers and the graffiti exhibition in the old Submarine Base in Bordeaux were amazing and in general, I loved reviewing the churches in France and also the Shakespearean Rose Theatre in York. My favourite local review was a magical garden centre in Kiltarlity. 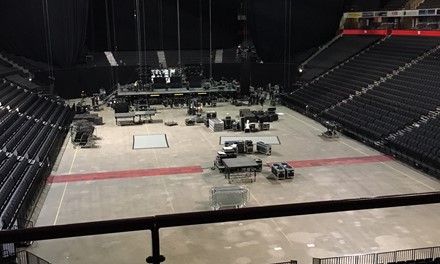 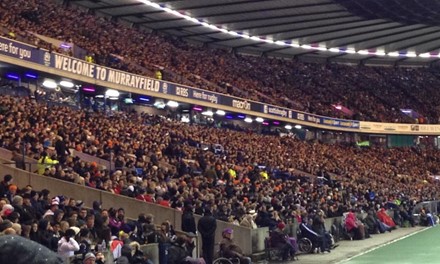 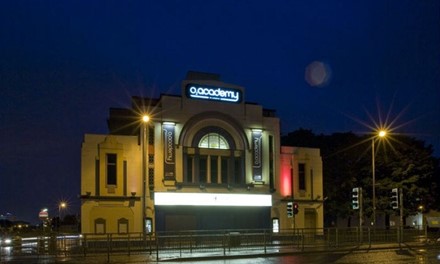 During our Ambassador catch-ups you always sound very busy, is there anything you have done during lockdown that you probably wouldn’t have had time to do otherwise?

Paradoxically, I’ve been busier in lockdown than I was before it; I was finishing my degree in the first few months of lockdown then I was offered a place on the Birds of Paradise Theatre Company Young Artists project. BOP had never done this digitally before and normally I would have had to live near enough to access Glasgow for workshops, classes etc. so I now attend ‘virtually’. If we hadn’t had lockdown, I wouldn’t have had the opportunity so it’s one brilliant thing to come out of it for me and I can’t say enough about how much I’ve enjoyed participating in BOPYA and how much I’ve learned from it. We’ve covered everything from how to embed access in writing and performance to writing audio drama and I’ve had tuition from experienced writers and performers such as Robert Softley-Gale, Oliver Emanuel, May Sumbwanyambe and Matilda Ibini, along with meeting other young artists digitally. I also attended Bill Greenwell’s poetry clinic; he was the satirist and poet for New Statesman. He also helped write some of my course material for OU and as a result of that, I was asked to contribute a poem for a poetry anthology tribute to him called ‘Notes in Blue’. It’s the first time I’ve seen my work published in a book and to be included with such accomplished poets is such an unbelievable honour and an amazing feeling! The digital meet-ups with Euan’s Guide during lockdown have been so good and again, I’ve gained so much from them. It was so comforting to feel the support of Euan’s Guide Ambassadors when I found things really difficult in the beginning of lockdown and to be able to say what I wanted to say without some body or institution telling me that I couldn’t say it, also, not having to say certain things because you know the others know already what you mean; they’ve experienced it too and you don’t have to voice it. They are also a very talented, creative and interesting bunch of people. Euan’s Guide have given us great links to events, museum tours and world radio stations in lockdown and thanks to fellow Ambassador Tina, I’ve been on great digital tours in London. They also just hosted a digital Dynamic Earth astronomy event; it was so interesting and has really sparked my interest in astronomy now!

With restrictions lifting and when you feel it’s safer to go out, where are you looking forward to visiting and why?

I’m most looking forward to being able to travel abroad and to visit cultural things further afield such as museums, art galleries etc. but I’m also looking forward to going to the cinema, theatre and live events, especially events which have been postponed; I was hoping to see ‘Stormzy’ in Glasgow and Tash Sultana at the Albert Hall. I am also very much looking forward to supporting my local football team Inverness Caledonian Thistle!

Can you please tell us something people might not know about you?

I write poetry but I’ve also written two short film scripts, one short audio drama and have two short stage play scripts currently in progress or I’ve met David Attenborough or courtesy of O.U., had my photo taken by a celebrity photographer (Chris Floyd) who has also photographed Bowie, The Verve and loads more or I went on the ‘Dump Trump’ protest in Trafalgar Square and on the same day met Booker Prize winner Ben Okri who read one of my poems and liked it!

Image of: Karis and David Attenborough

Do you have any advice to new and existing reviewers on writing a review on Euan’s Guide?

When reviewing, I usually tell staff when I’m doing the photos at the end as I think it’s only polite to ask if it’s ok to take photos and it gives them an opportunity to tell you what they think they’re doing well, any changes they might be making re. access etc. It also gives them an opportunity to ask you how they could make things better, for example by moving a table slightly further away from a door. I’d also say don’t be afraid to give a negative but fair review when necessary. I’ve done that in the past with a local film festival and although I was pretty upset initially, it ended up that the theatre director engaged with me and asked if I would come in to contribute when they reviewed their disability policy. I like to think I have a good relationship with them now and that they would be very open to any concerns people with disabilities might have!

Thank you Karis for taking part in my interview and I look forward to hearing from our next Ambassador soon. 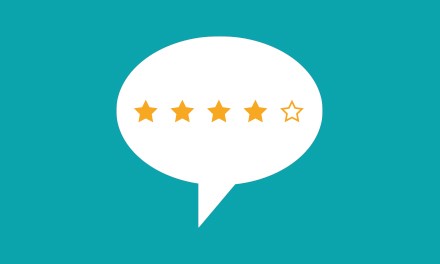 Fabulous interview, what a busy and interesting life you lead Karis, just amazing 😀

RT @C_MAlexander: In Saturday’s Courier Weekend mag, Tayside woman Claire D’All @clairedall , a wheelchair user since the age of three who…
It's an "excellent" short breaks accommodation in North Berwick. This 5-star review of @LeuchieHouse has people wan… https://t.co/udxmFoGxIl