Sea air and sunshine on the battlements

Fort George was somewhere I'd heard of and people said leave plenty of time to explore. I found out why when I visited as you get absorbed into peering over the walls, around the canons, open doorways, and the labyrinth of the village like buildings ... simple put great fun

Visiting with a friend I arrived by car and we were able to find a slot in the car park close enough to the entrance pathway. Not too sure how you'd get here by public transport; if you can. It was a bit off the beaten track as we seemed to pass along lots of narrow roads of the main road. Parking was fine in a large gravelled area.

I was a little dubious about how this might work for me as a visually impaired person. Didn't fancy falling over walls or one wrong turn and ending up in the working barracks. The real deal on the day turned out to be great and we ran out of time. Going in to the Fort you do have to cross to wide drawbridges and then go through short tunnel like passages. The first bridge took you to an inner courtyard area where there was a shop and ticket office. It was easy to find and get in and around. My day was made when coming out and walking toward the second of the white painted drawbridges I came across the bronze tactile model of the Fort. Really great to get up close to and get a sense and scale of the fort and its layout. Entering the second drawbridge and passing through the short cobbled tunnel you pop out into the wide open lawned space fronting the barracks. Such an expectedly large space that instantly conveyed how big this place was. Either side of the entrance were rooms set up as they would have been some years ago. A double take when glancing soon revealed the person who I thought was sitting at a table was in fact a model and it was the guards dormitory as it was way back when. Walking the clearly defined paths around the out perimeter I visited the cinema, an exhibition and several other rooms. But temptation took over as I'd found a big slope going up toward what I thought were the outer walls. So, off I went walking up the slope and was surprised to emerge on what looked like a large lawn. Exploring further afield I found the edges were the battlements with the old canons pointing out both land and seaward. You also got a great sense of how this Fort jutted out in to the sea. I went and visited the stables, the chapel, more of the defensive battlements and then on to the cafe for a welcome cuppa as it was raining. The main core of the Fort was set out in blocks of buildings in a grid like fashion so it was easy to work out where you were. An audio guide, get it at the ticket office, brought the experience alive by telling the stories of the various places.

Toilets were in the central area of the barracks and weren't easy to find as there were loads of doors painted in the same colour - I had thought I'd end up opening the wrong one at times! The large concrete ramp with railings was a great clue that I was in the right place. Accessible toilets - a choice of two after going into the building.

Staff at all points were very helpful and friendly. They helped us with a map and with how the audio guide works. The cafe folk were fabulous and gave us all the time we needed to settle, shake off the rain, and decide on whether it would be a large cake or two or maybe the enormous bacon rolls that were on offer.

It was a great visit and had lots of interesting things to do and see. You do have to be able to walk or wheel a fair distance but it was certainly worth the effort. 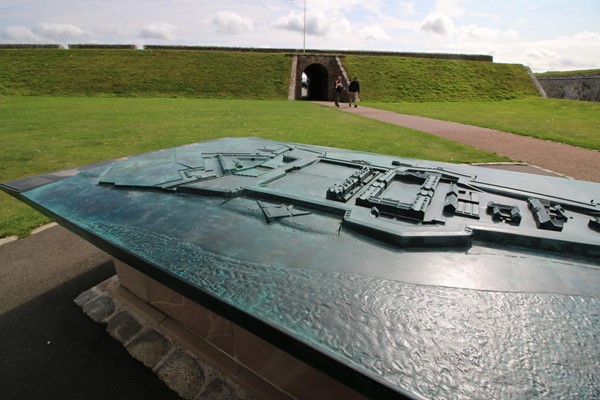 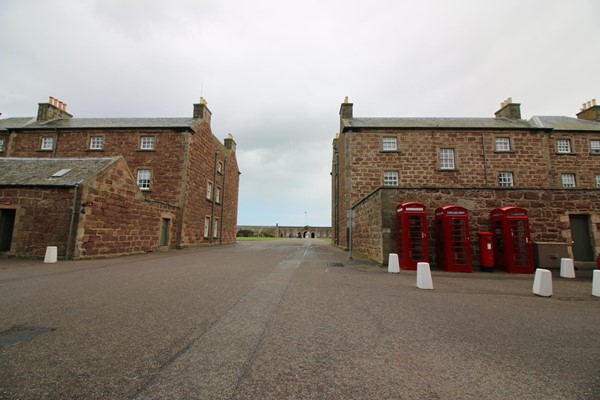 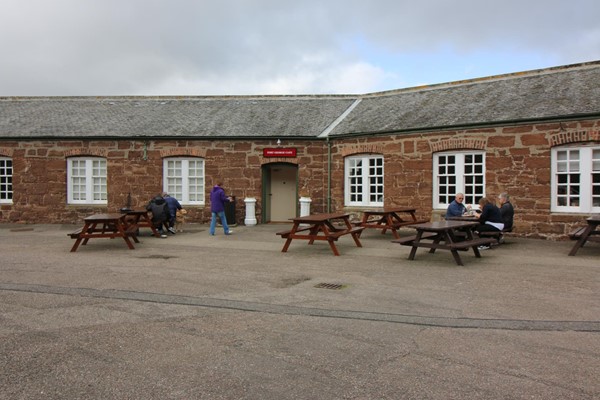 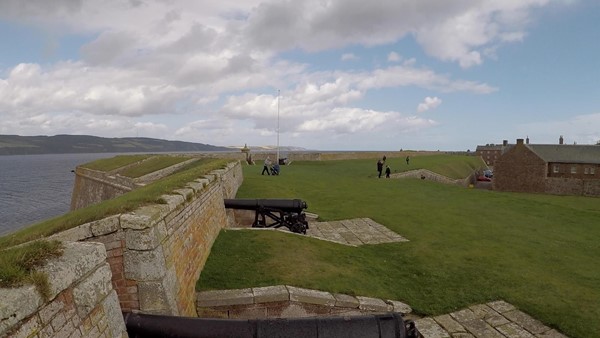 We've had 3 reviews for Fort George 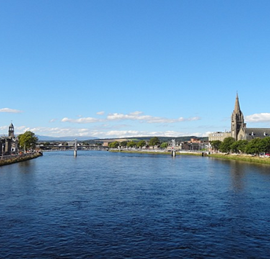